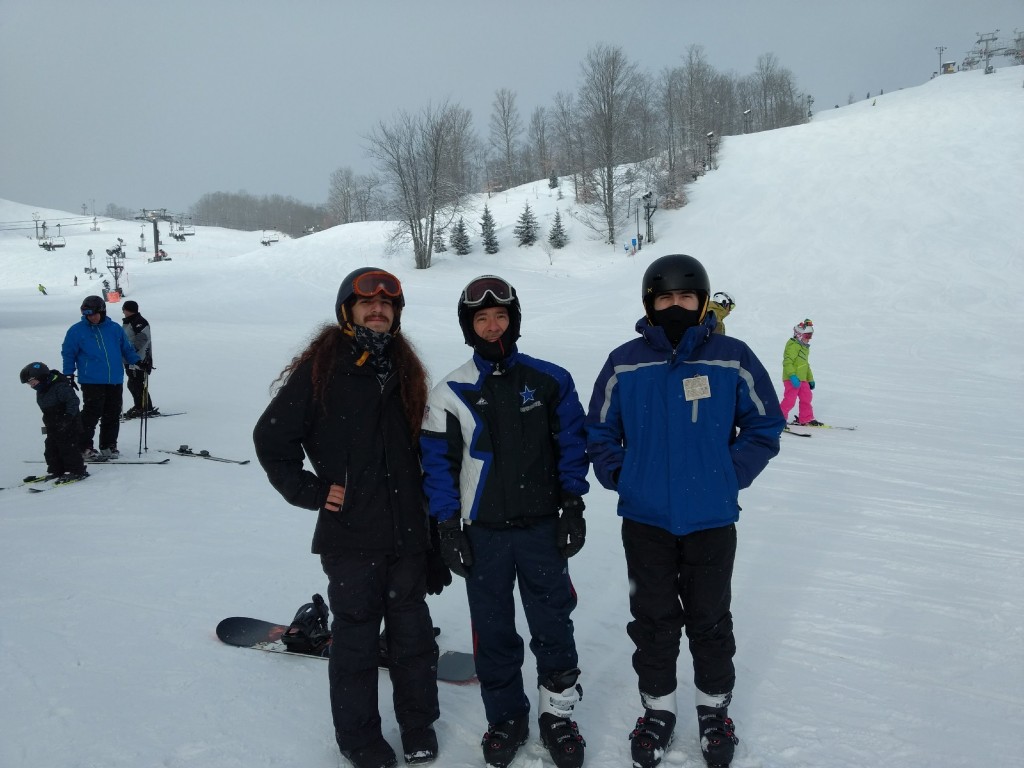 No, this post is not about math. I used to take my sons skiing ‘up north’ at Crystal Mountain each year. They both started on skis, and I think the next year was when Aaron switched to snowboard. And then…we stopped for several years. Adam started attending high school, and his schedule was dominated by swim team practice and meets. Then Aaron started high school. Then skiing became something that we used to do.

Over the years, I had taken lots of pictures and some video of the kids skiing. This summer, I had the idea to set music to one of those videos, and went looking for the DVD. I found it, and was delighted to watch it again and again. I texted the boys right away, “We need to go skiing again!” to which they responded, “We’re in!” I still have not set aside time to set music to that old video, BUT we were going skiing again.

We had a wonderful time. We listened to a good book during the drive, had good conversations about music, the world going digital, found good food to eat, shared grown up drinks, and I spectated a wild game of chess between Aaron and Adam(I think they swapped clear advantages multiple times, eg “Huh, I didn’t see that coming” and “Oops”). Speaking of food, here’s breakfast at House of Flavors(note Aaron’s loud green sweater): 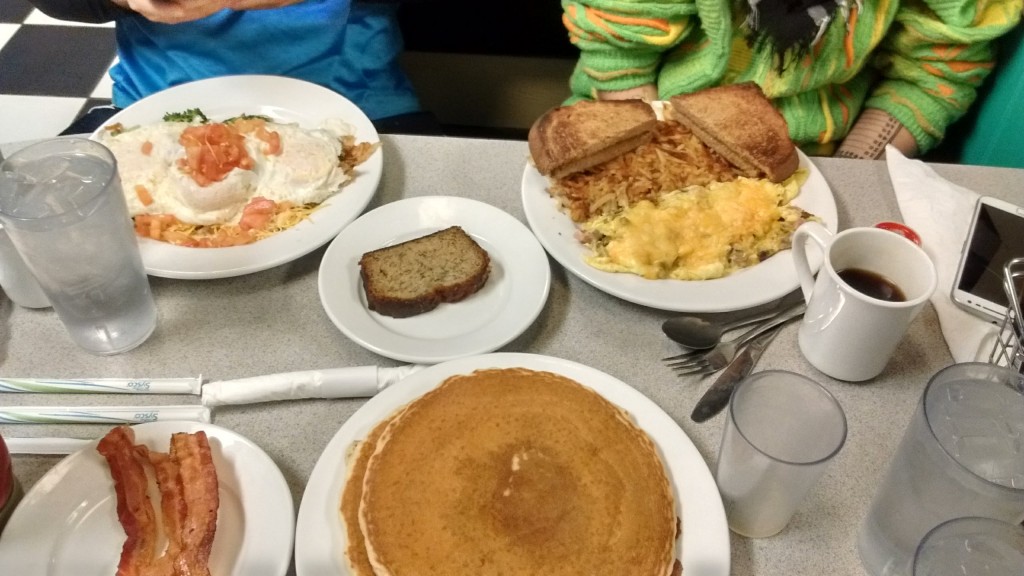 And, of course, we skied/boarded. Despite our multiple year hiatus, it did not take us long to regain our skills. Adam finally started to use poles, and Aaron took a few trips through the terrain areas(you know, where they put obstacles there on purpose to jump and/or run into and/or fall off of). In Michigan, all the slopes are rated about one rating higher than real mountain skiing. In other words, a Michigan black diamond is a blue in Colorado or New Hampshire. Needless to say, we spent almost all of our time on black diamonds and the steeper blues.

And I got to relive with my own eyes just how good the boys look when they are skiing. It was so satisfying to watch, as a father. Learning from me past, I decided not to take a camcorder, and instead lived in the moment. We skied each run together all weekend, except for about an hour when Aaron diverted to the terrain area and Adam and I had lunch. When we were done, we were tired and sore and in need of a hot tub. Although I was lucky enough not to fall, the boys each had spills; Aaron actually jumped INTO someone who was inexplicably standing at the bottom of the ramp. That was a total wipe out, but each of them were ok.

Here are two pictures I managed to take with my phone on the last day. Adam looking smooth, with great form: 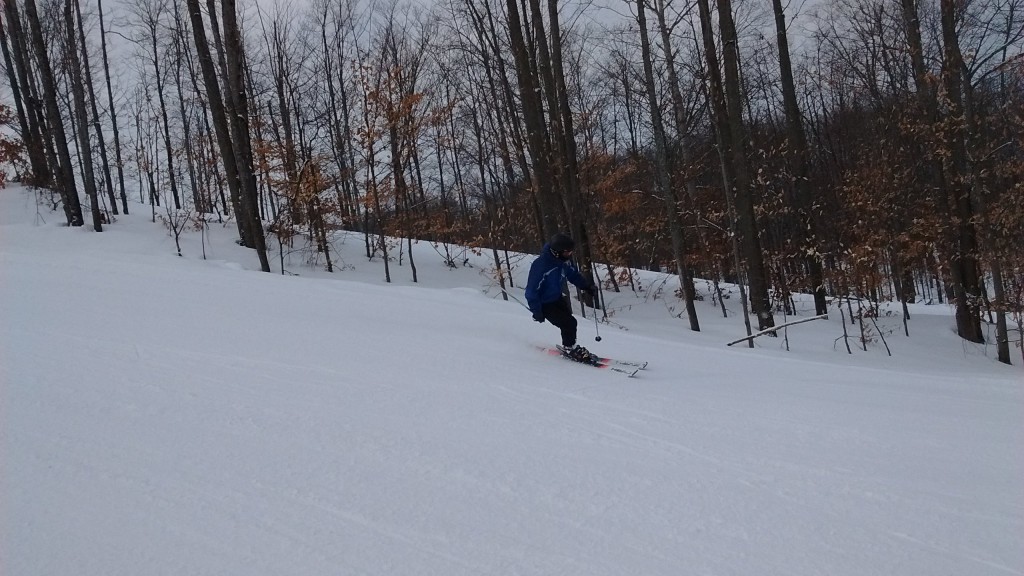 And Aaron, looking even more like Shaun White, with the long. flowing hair :

It was really great to return to the slopes. Hopefully, Arianna can join us next year(she was sick that weekend).