Arianna would like to attend college in Boston, so this last week, we went to Massachusetts to visit colleges. You might already know there a lots of them in the Boston area, with hundreds of thousands of students.

One of the colleges on her list(HER list, not our list) is MIT.  Naturally, we were delighted to attend a college tour of our alma mater. I was particularly intrigued, since I never actually visited MIT until I showed up on campus for rush/orientation in the fall of 1986. Fun fact that didn’t sink into my thick skull until 28 years after I graduated: MIT was founded in 1861 at the start of the Civil War, which delayed the opening of its doors until 1865. It was great to walk the halls again, and happy that Arianna would like to apply. 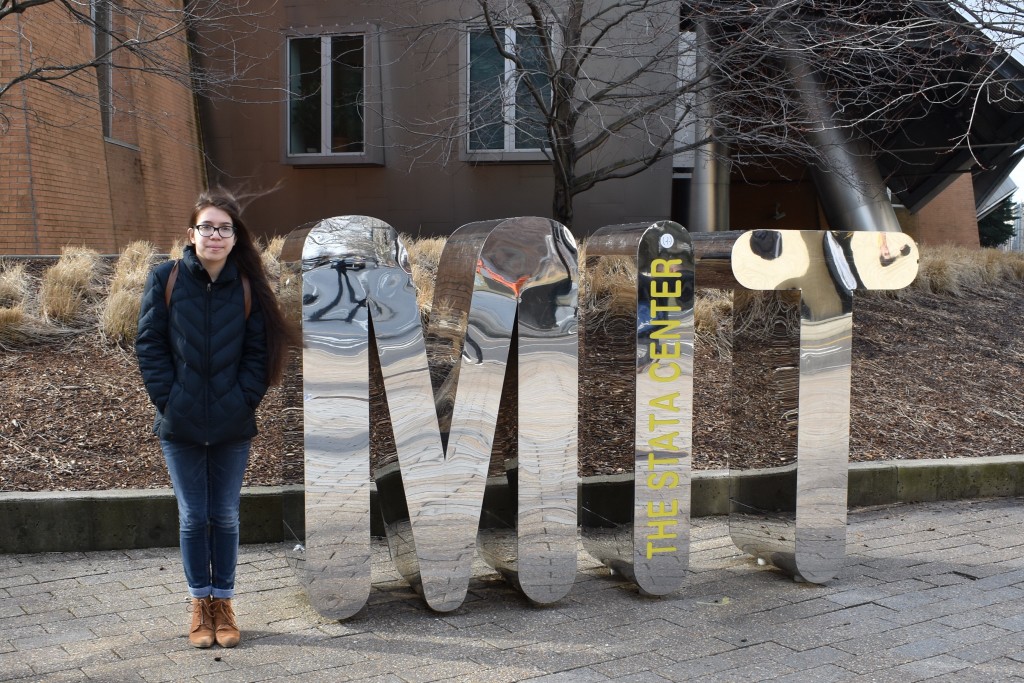 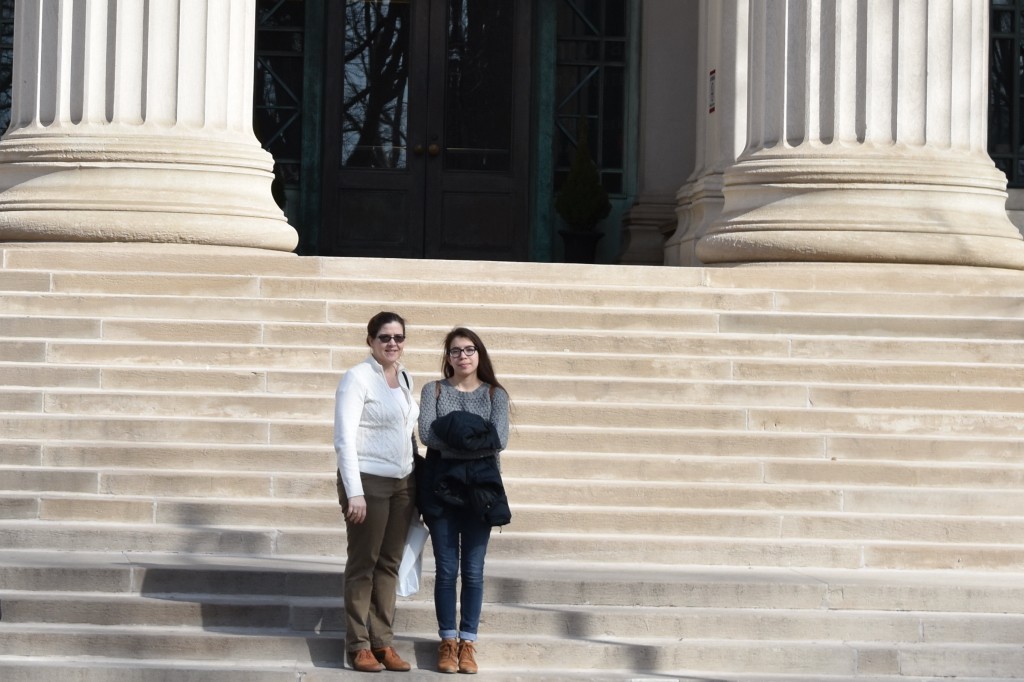 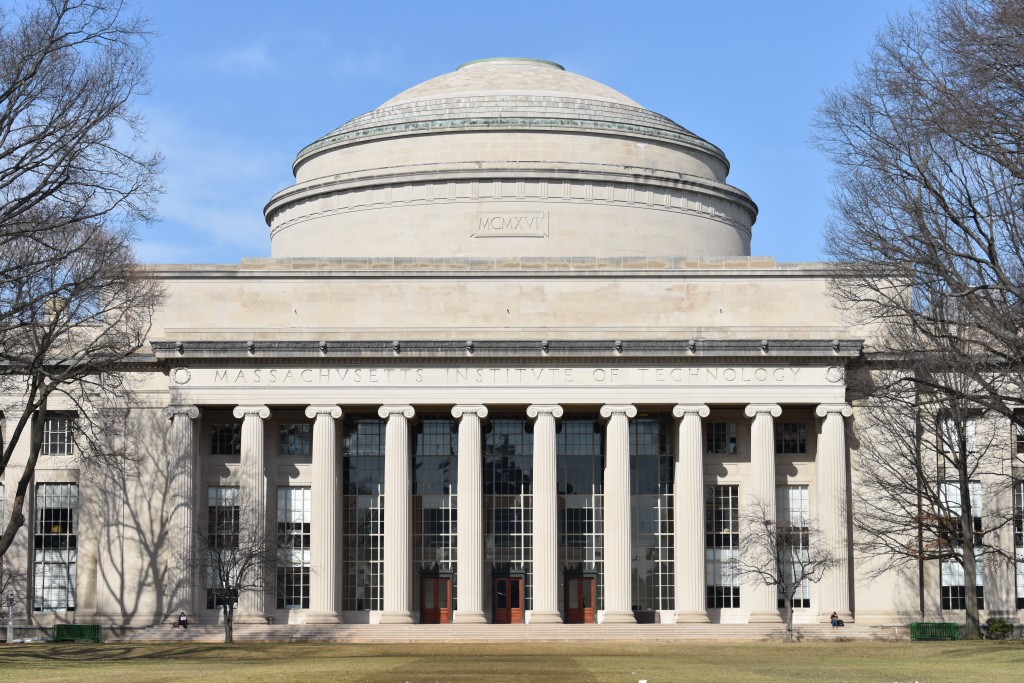 Another college we visited was Harvard. Again I was intrigued, but this time because I had actually never set foot on Harvard until we walked through the gates into the admissions office for the tour(I was a lousy tourist while I was in college, sue me). Harvard is a great school and very old, having been established in 1636. It wasn’t named Harvard College until 1639, after John Harvard donated funds and his library to the school. Here’s a picture of Arianna and Cyndi in the quad, with John Harvard in the background. Fun fact: the 1884 statue was designed and built by MIT alum Daniel Chester French, who would later create the statue of Abraham Lincoln at the Lincoln Memorial. 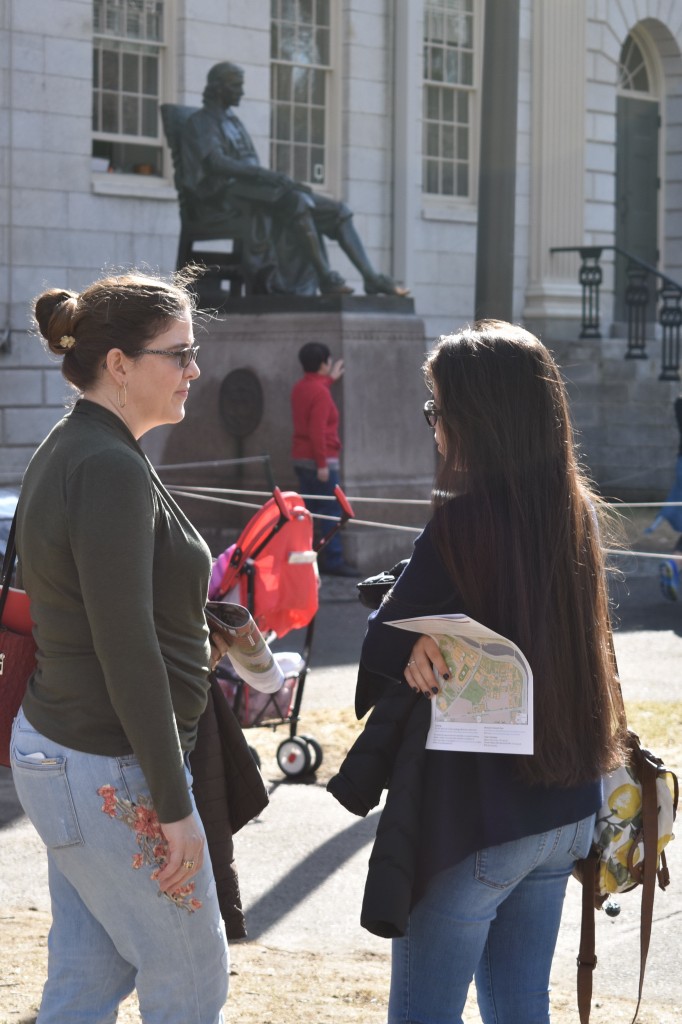 While we were on campus, we were treated to a short tour of the Widener Library by MIT alum Tony Moulen, who was one of Cyndi’s dorm mates(Russian House). Below is is Tony(in purple) leading Arianna and Cyndi up the steps. Inside, we found ourselves inches away from one of the Gutenberg Bibles! 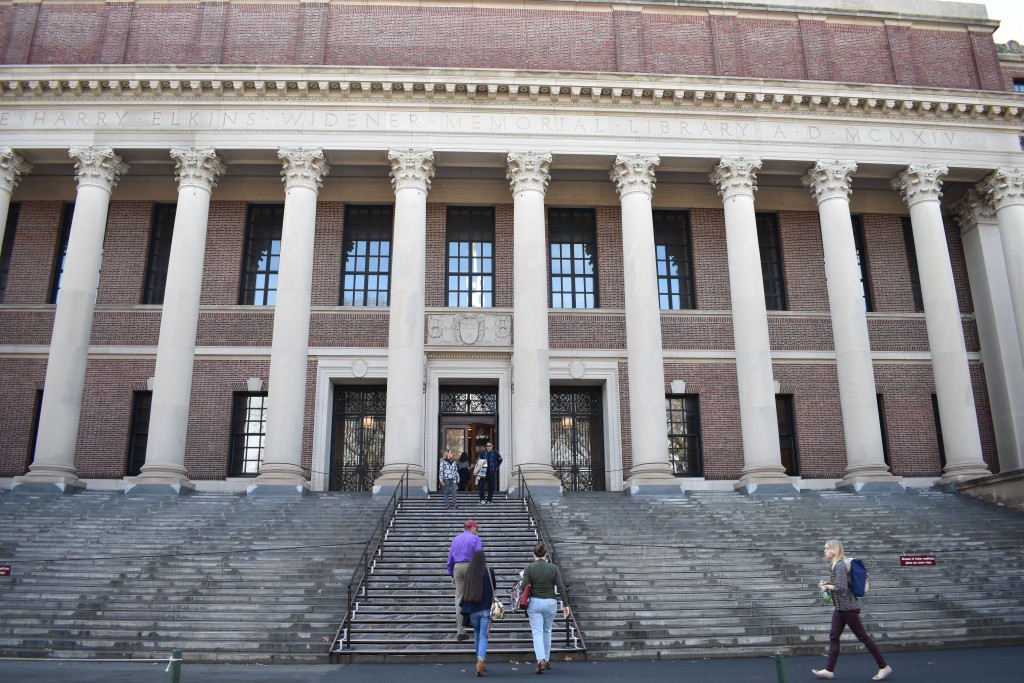 Third on our list was Boston College. BC was yet another attraction that was little more than something I passed during one of my many training rides while I was on the MIT cycling team, so it was nice to actually set foot on campus and learn something about it. It is very beautiful, but has a complicated origin, beginning in about 1827, and culminating with a charter that was finally approved in 1863 for its first campus in the South End. It moved to its current location on Chestnut Hill starting in 1909.  Arianna really liked the place. She is currently considering a degree in Math, so it was good fortune that our tour guide was majoring in Math and Economics. 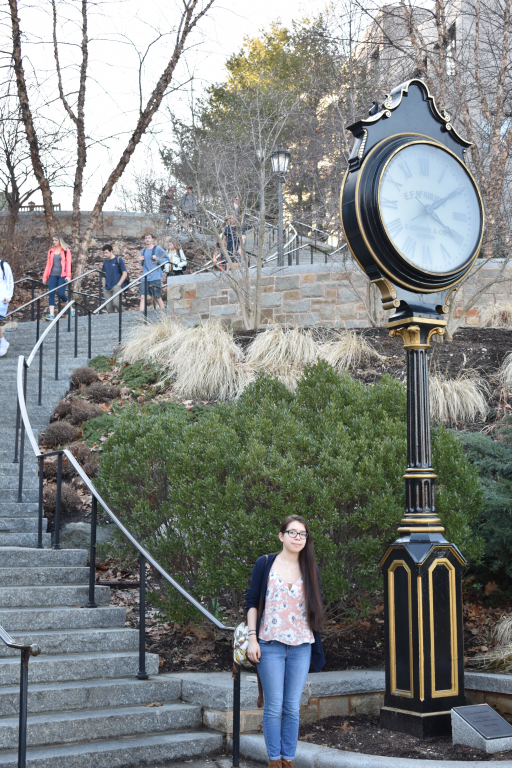 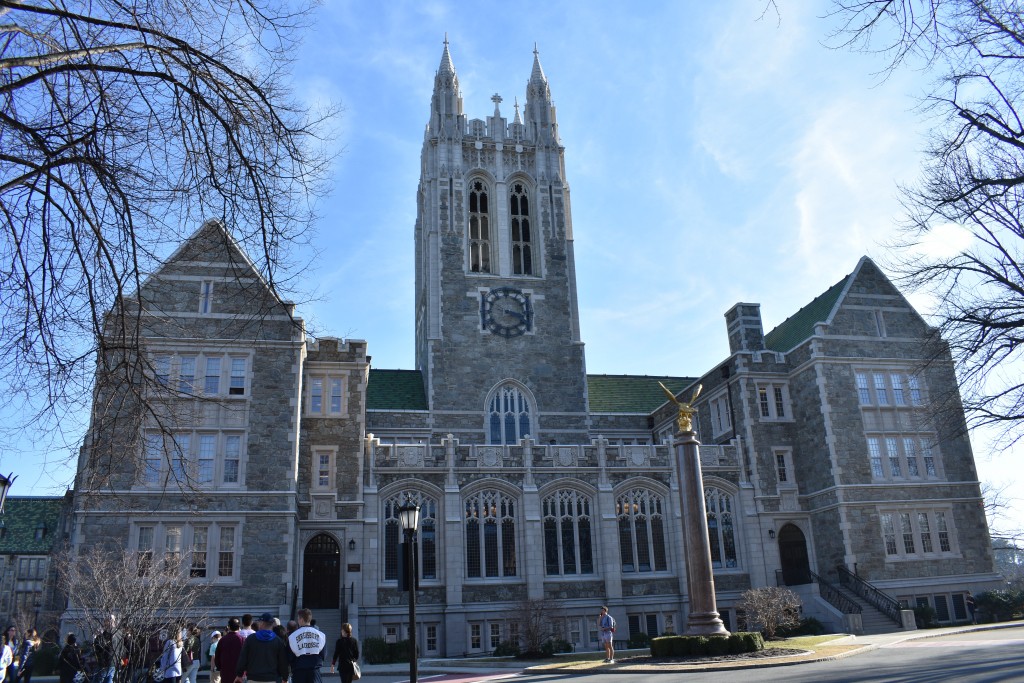 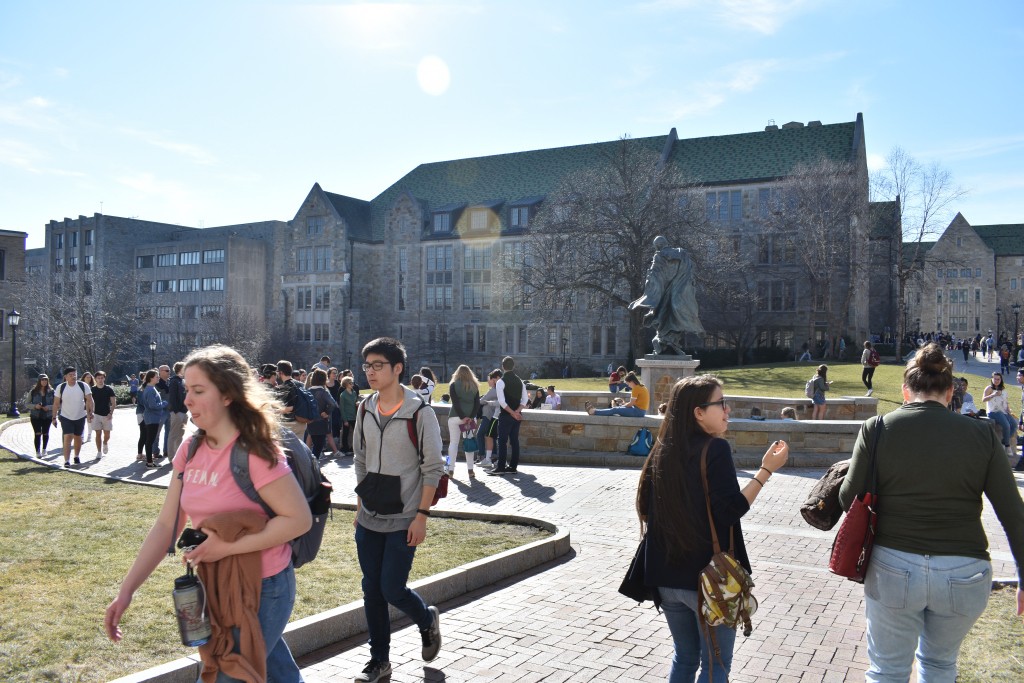 I would be remiss if I did not mention our wonderful hosts, Vadim and Justyna Teverovsky. They more or less serve as the nerve center and headquarters of our tightly knit MIT circle, both having lived in Russian House, graduating in 1989 and 1990, respectively. We have visited them twice in late 2017 for funerals of MIT friends(including Tony’s late wife Christine, also of MIT Russian House), so it was nice to visit them for a happier mission this time around. They have two kids, Danika and Doran. Danika graduated from the University of Rochester, where Doran is a freshman. Doran gave us an informal tour of University of Rochester on the way home(but it was too rainy for pictures). Vadim and Justyna have three pets: dogs Jasmine and Milky, plus Shadow the feline. They each received lots of love from us, despite pet allergies.

It would be totally cool if Arianna attended college in Boston, providing more excuses for visiting friends and playing tourist. Here’s the song that inspired the title of this post: Please Come To Boston. 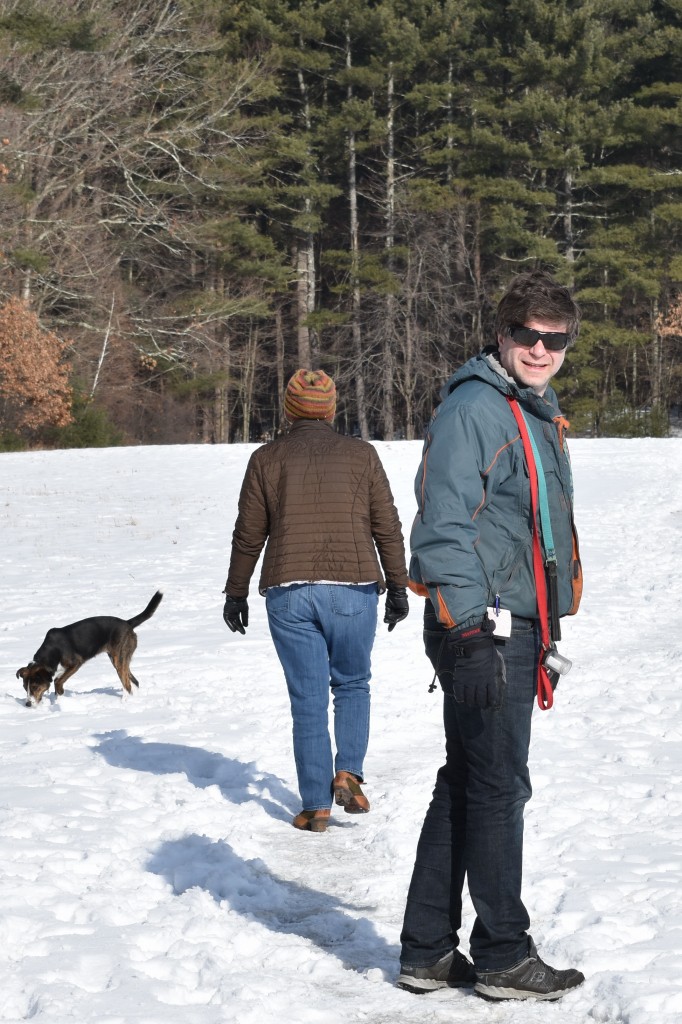 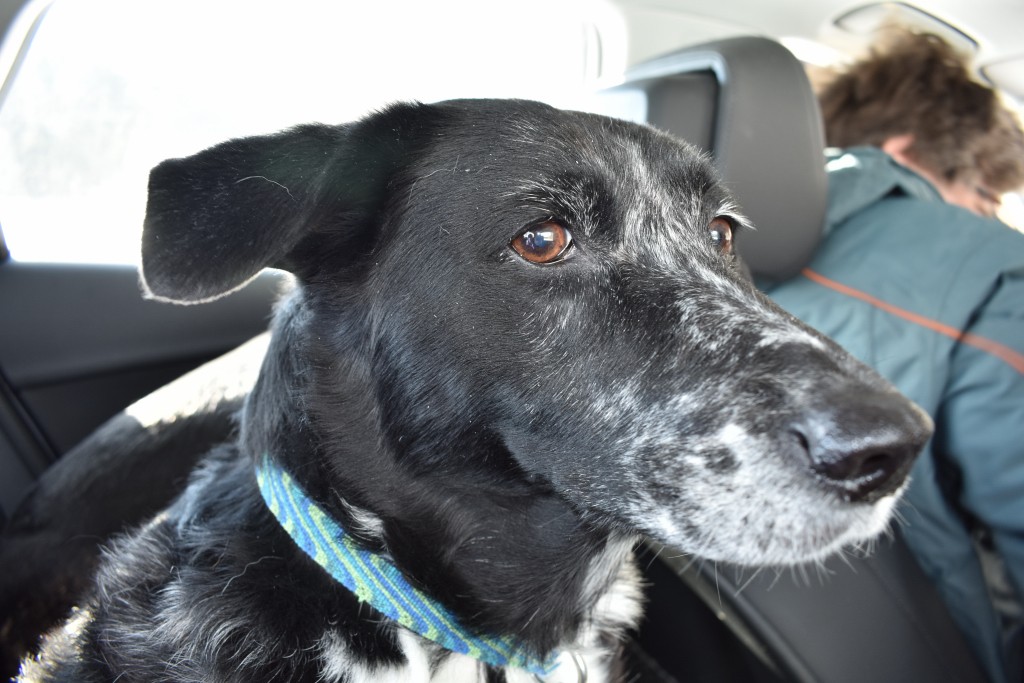 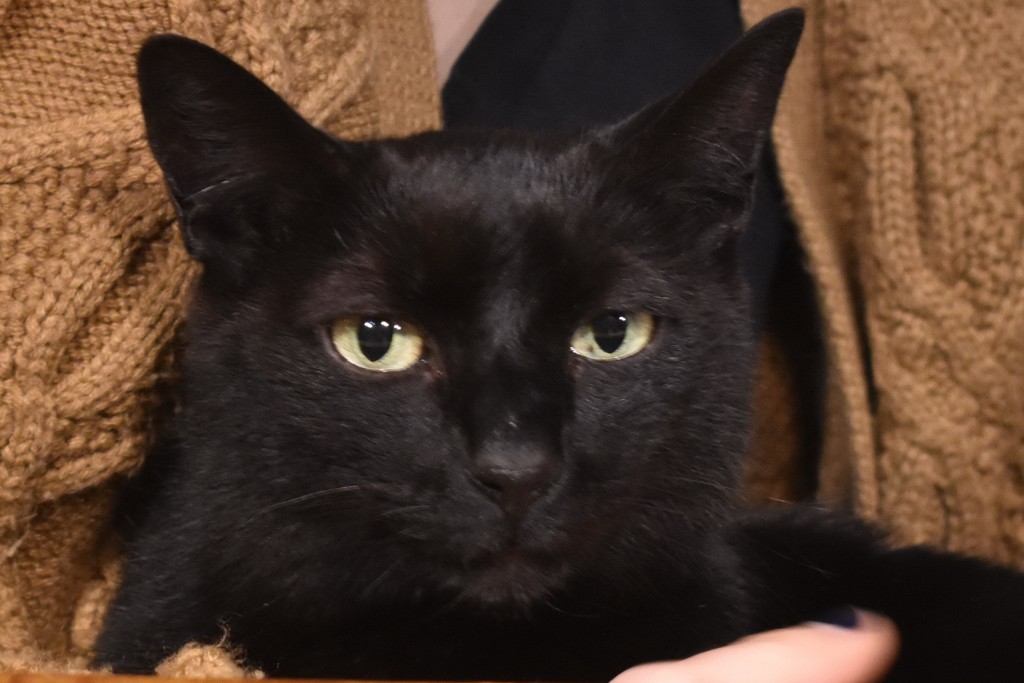