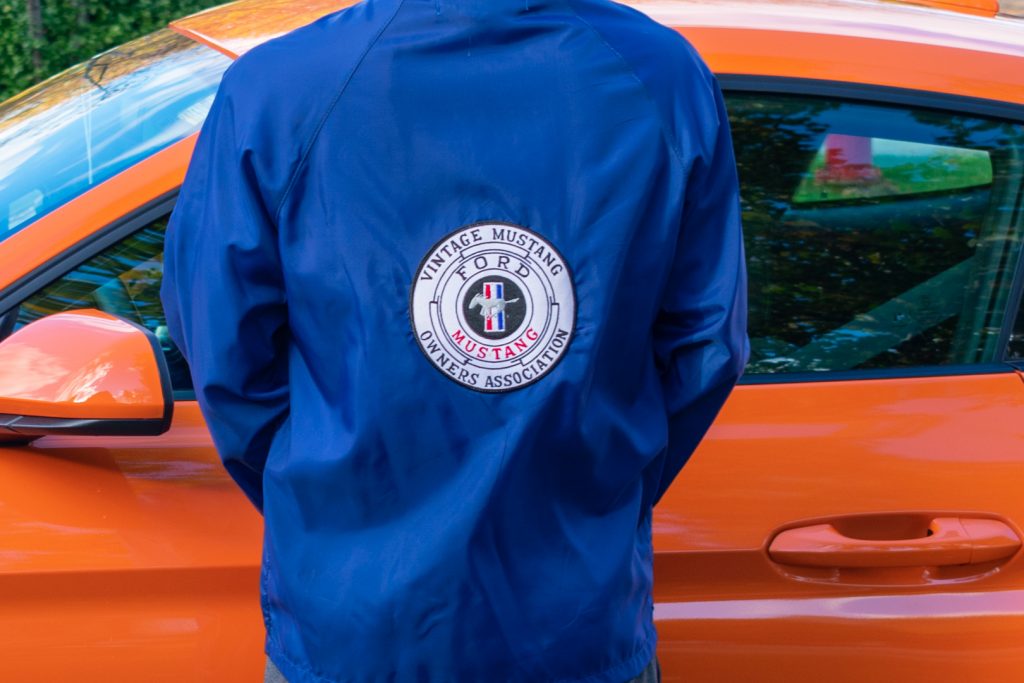 MOST of you know that I’m a gearhead, and have been since I was old enough to notice cars. When was that? Let me tell you: there’s a favorite home movie my parents took of me when I was less than one year old. I’m bouncing in the baby bouncy thing in the front yard, and every time a car drives by, I stop bouncing and watch the car go from left to right, mesmerized. Now, when a see a cool old car approaching in the distance, I lower the windows so I can hear the motor. Even Cyndi has been trained to lower the windows, shaking her head and laughing at me. 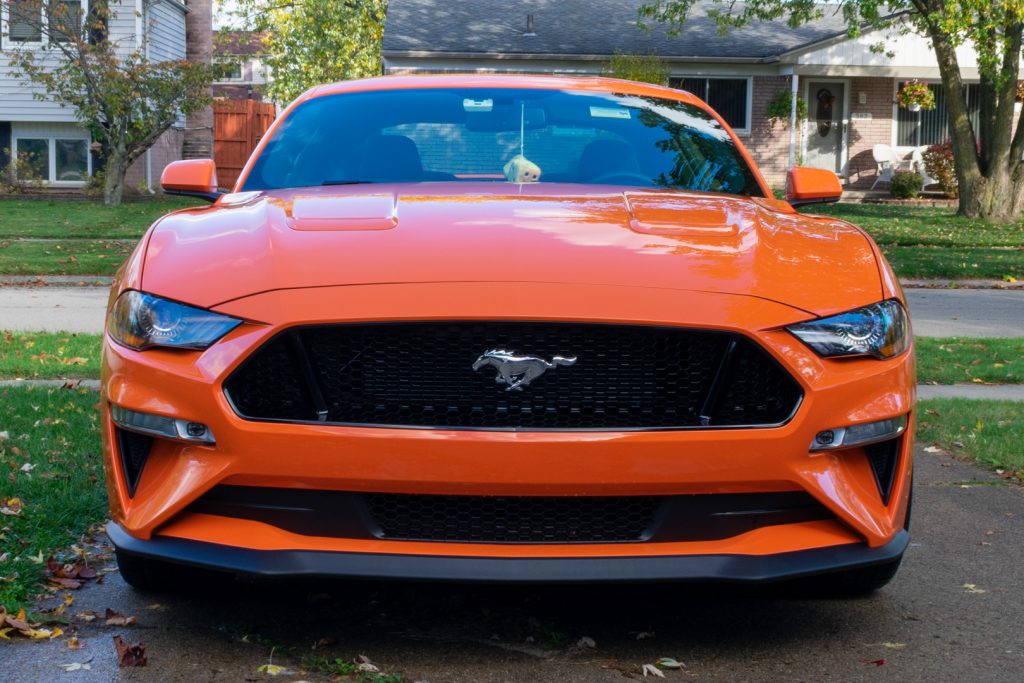 I tell you this because I recently bought a car that I’ve had my eyes on for over 10 years: a Twister Orange 2020 Mustang 5.0L. But this car has not been out for 10 years, you say? No, it hasn’t. But me and my team at Ford started work on this motor, known colloquially as The Coyote, over 10 years ago. We helped design the first generation Coyote 5.0L, and our models predicted it would make 408 bhp. The first dyno pull on the first prototype motor was 410bhp. We had broken the 80bhp/L barrier that had remained since I helped Jaguar design the 80bhp/L V6 engine for the S Type in 2000(back when Ford owned Jaguar). 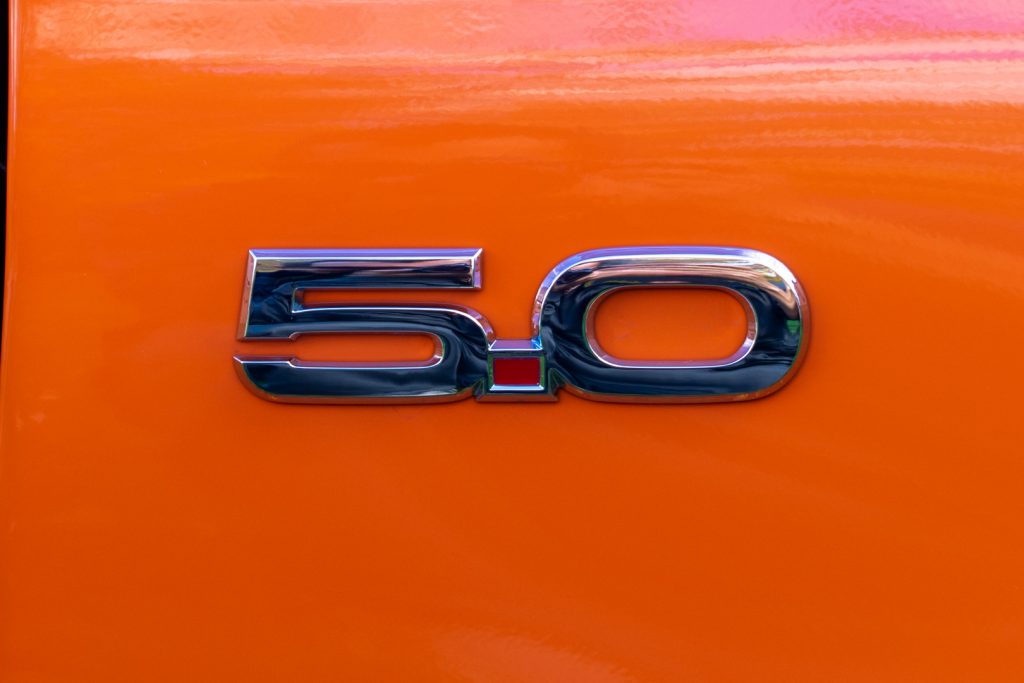 A short while later, I was involved in the Mustang again, but on the Noise, Vibration and Harshness(NVH) side of the business, where a colleague and I solved a “blatty” exhaust sound problem known as exhaust rasp. Without going into too many details, this kind of sound makes the car sound like the exhaust system is falling apart or broken; it makes the vehicle sound cheap. We identified the physics, which are the same physics that make a trombone sound ‘blatty’ when played at triple forte, and recommended the solution to the engineer that was responsible for the “Mustang Sound DNA.” Our solution is still on the car today, so my work is both under the hood and in the exhaust system.

When the car was finally launched, many a magazine article praised the car for both the power of the engine, and the sound of the powertrain as “sweet music to the ears.” I’m very proud of that praise. At the time the car was launched, the time was not right to have a Mustang in the family. But two of my work friends loaned me their Mustang Coyotes, one of which I drove to Texas. Needless to say, I was hooked back then. 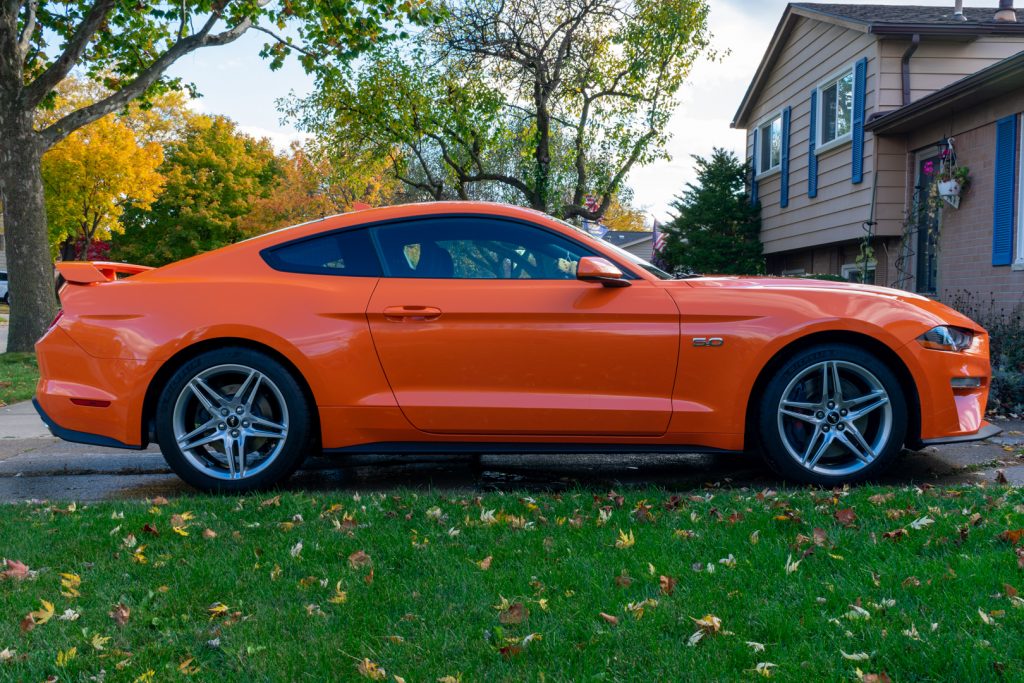 Over the years, I have had the privilege of driving ever more compact and fuel efficient vehicles, including a Fusion, two Focuses and two Fiestas, the last of which was my beloved 2014 Fiesta ST(6 years and 122k miles of pure, turbocharged , handling bliss. Man, I’m going to miss that vehicle! ). But this year, the time was finally right to splurge on something, er, not quite as responsible and, in Aaron’s words, downright obnoxious. The current generation of The Coyote now has 460bhp! This is hands down the quickest, fastest, and loudest car I’ve ever purchased new. I went with the loudest color in the catalogue, and opted for active exhaust(which lets me control the backpressure and therefore the obnoxiousness of the sound), Performance Package 1(level one handling package), and fancy Nickle Luster wheels. So far, I have not seen another one like it in Mustang-rich Michigan, where this car is built. This thing is a rocket, and draws lots of attention(not yet from the cops, thankfully). So far, at least three cars have tried to pick a race with me(I accepted one challenge and beat him), and the day after I brought it home, my neighbor screamed at me from two houses down, “HEY MAN, THAT THING IS BADASS!” 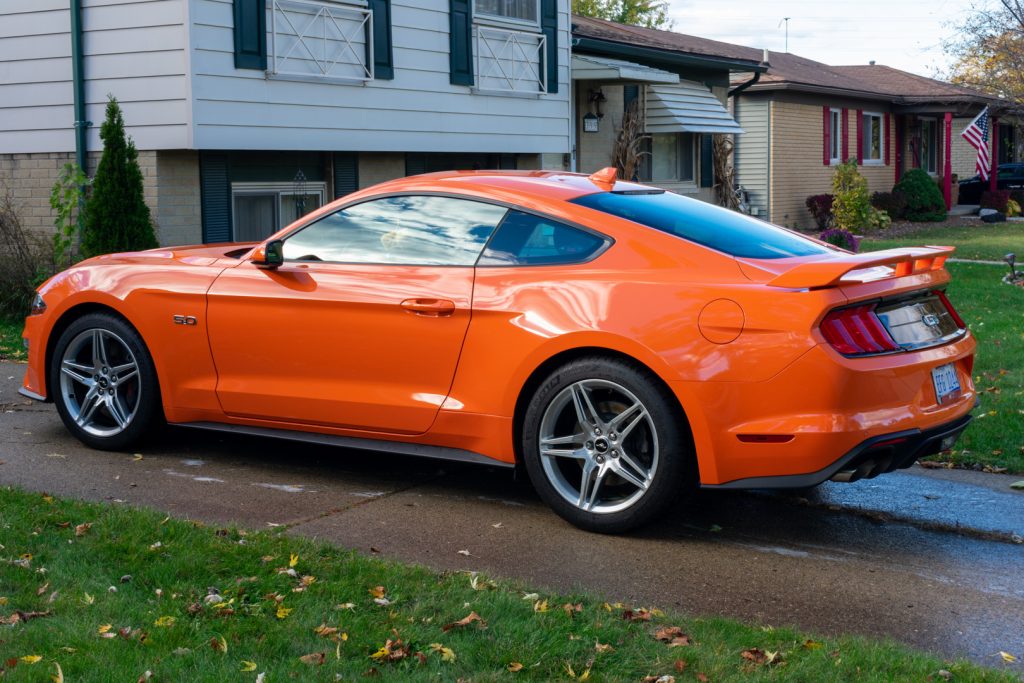 However, MOST of you know that I’m also a romantic. My younger cousin Sonny used to own a souped up Mustang, and I bet he’s excited for me. Cyndi’s late brother Steve would have been rabid-excited that I finally got this car; he also had a souped up Mustang, with the older pushrod 5.0L, that he raced. But what I really wanted to share was this: after Cyndi’s maternal grandparents passed away several years ago, Lou and Paul offered me matching jackets that Grandpa and Grandma used to own. Uncle Grandpa owned an old Mustang back in the day, you see. I’ve hung onto those jackets for a long time, and when I had decided to take the Mustang plunge, I knew what I had to do. The day I went to pick up the car from the dealer(also a Mustang nut), I decided to wear that jacket, which fit me perfectly. That’s the jacket in the picture at the top of this article. 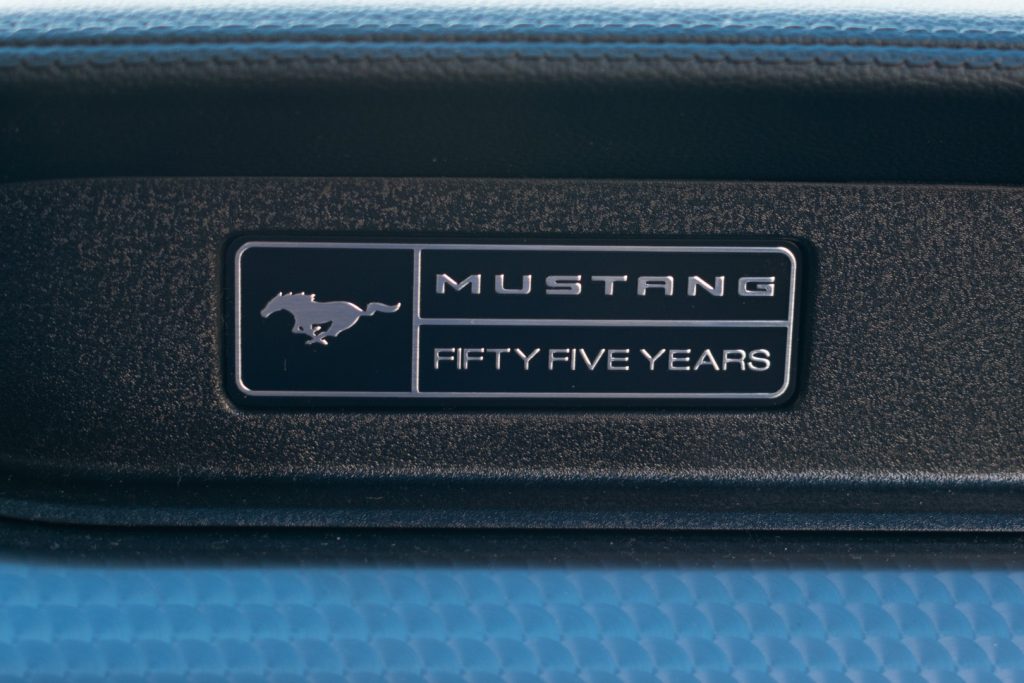 I’ve been at Ford for 30 years(August 13 was my anniversary), and consider this to be the perfect reward car for my gear-headedness. I’m proud of the Company, proud of the work we did on this car, and very excited to finally enjoy the fruits of that work. 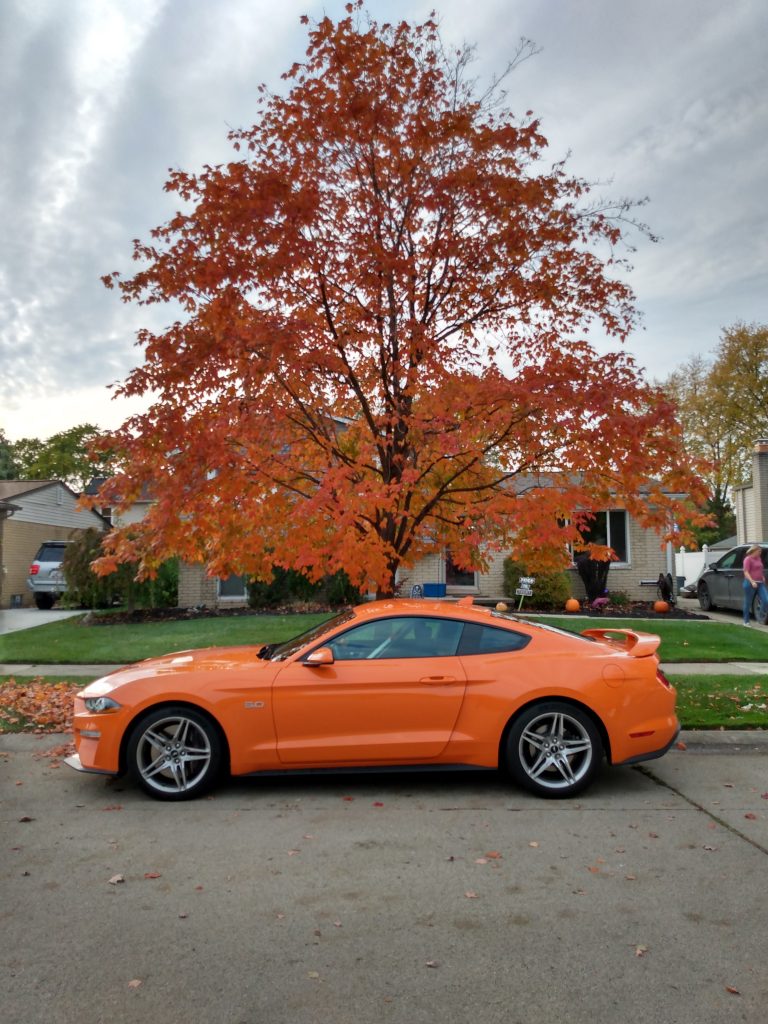