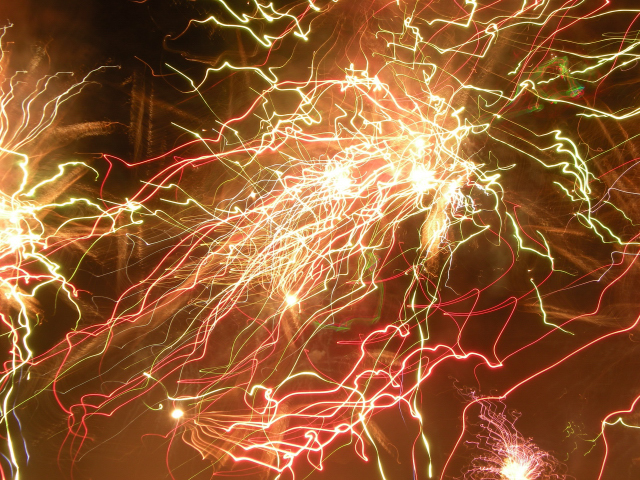 This summer, I finally made good on a promise I made to myself a few years back, and attended the International Radio Control Helicopter Association(IRCHA) Jamboree, held at the Academy of Model Aeronautics(AMA) headquarters in Muncie, IN.It was a wonderful experience. I met several new friends from all over the States, as well as from other countries, one of whom said simply, “This is paradise!”

I drove down there with a local pilot from my field, and we met up with two more local pilots and one of their spouses.Here’s the gang: 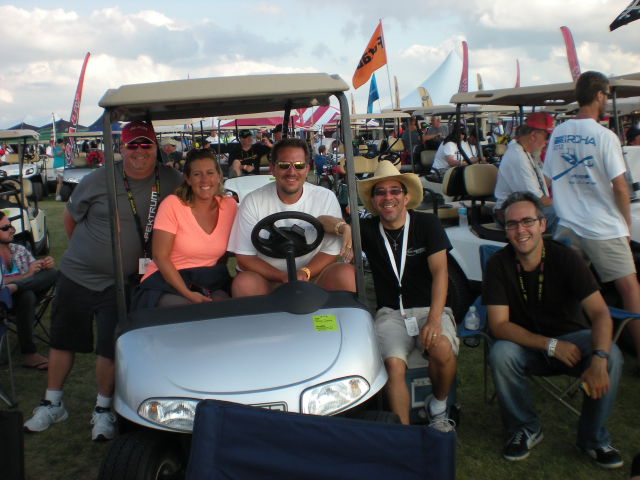 Here’s a picture of one of the gang, Marco, flying inverted, and one of me and my cowboy hat doing the same. 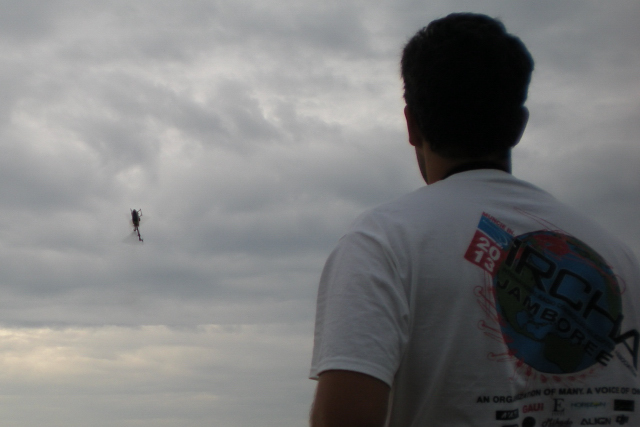 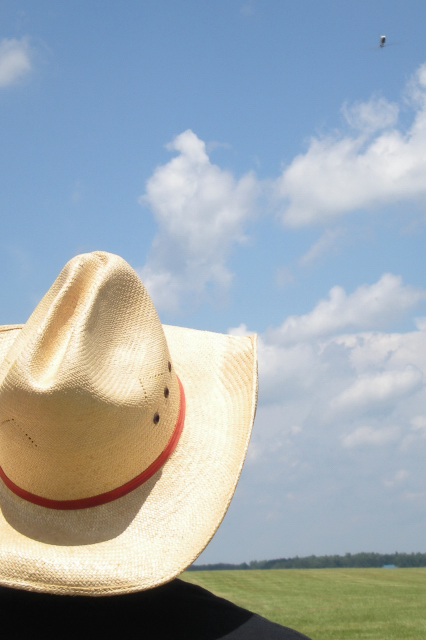 One of the major manufacturers of helicopters is Align, and they held a group photo of EVERYONE who attended who flies their stuff, along with their helis. You can spot me on the right with my hat. 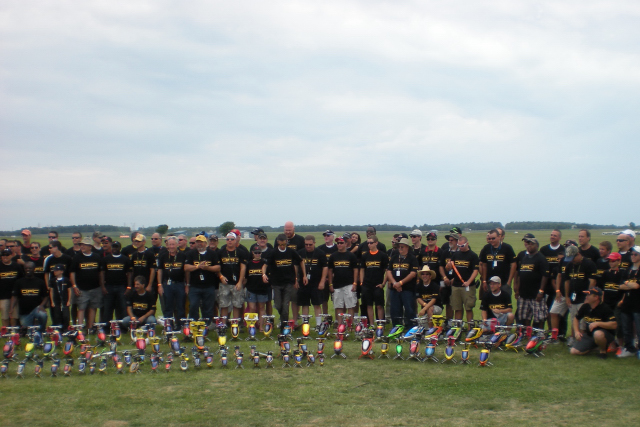 One of the many events held during the Jamboree is the Speed Cup. Just a couple of years ago, the top speed record(two way average) was 138mph. This year, the winning record was 153mph! Here’s a close up of the type of heli flown for this event. Notice the skinny, fully enclosed airframe and thin wires that serve as landing gear: 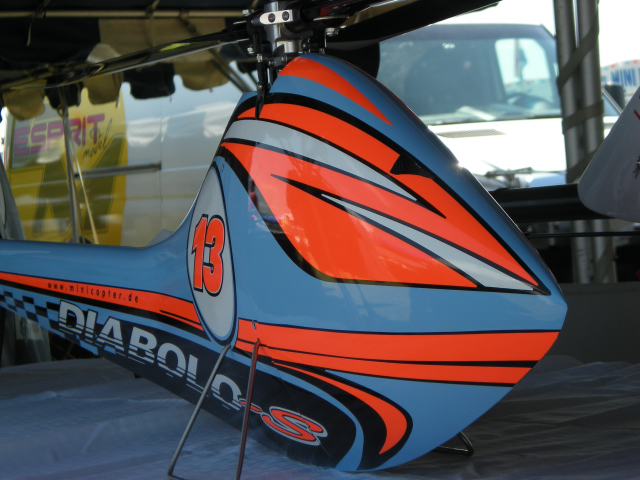 Another event is a scale competition. Someone brought a flying scale model of an Sikorsky MH-53, otherwise known as the Jolly Green Giant, complete with 8 bladed main rotor and powered by a miniature jet turbine. But the picture I wanted to share was the tremendous scale detail on another model: 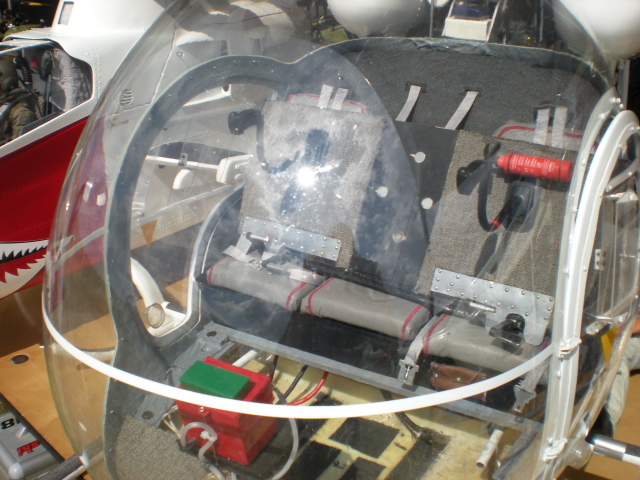 There were several demonstration flights by pilots with amazing skill. I believe this is 3D World Champion Kyle Stacy flying his Goblin sideways at incredible speed: 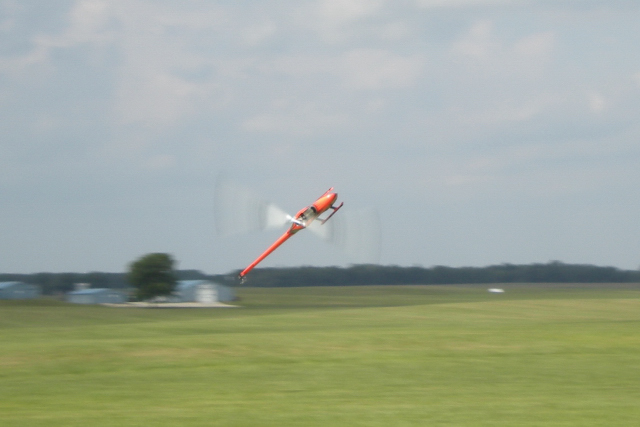 Our flight tent was, by accident, set up right next to a huge tent that, at night, was the sight of a cool party, with free food. This is run by pilots from all over the States, but originally Wisconsin. There was a DJ, and the food was amazing, with BBQ pork, hand breaded corn dogs and sweet corn harvested from the field on the site: 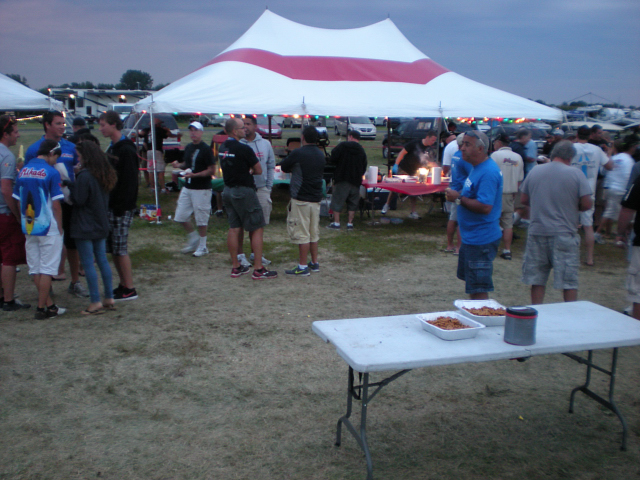 As night fell, the flying continued. Several pilots had these multirotor machines equipped with GPS and capable of station holding. At first, they look like UFO, with lights bright enough to light up a good portion of the field. This particular craft was built by an elderly guy who designed and programmed his own custom PC boards to control the lights just the way he wanted. At one point, he lifted a disco ball higher than any discotheque hall ceiling, while someone on the ground lit up the ball with their laser: 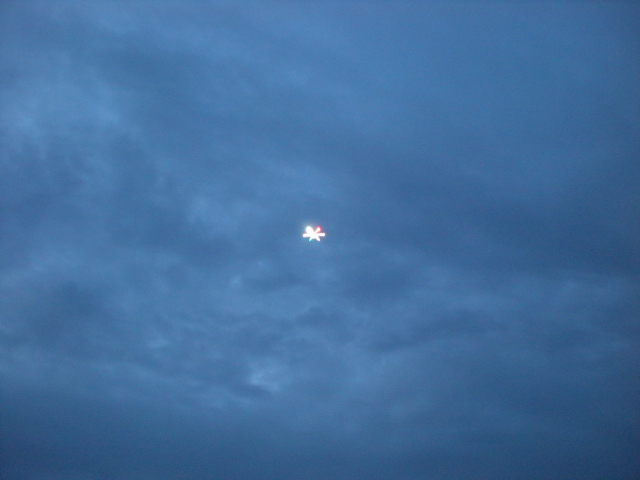 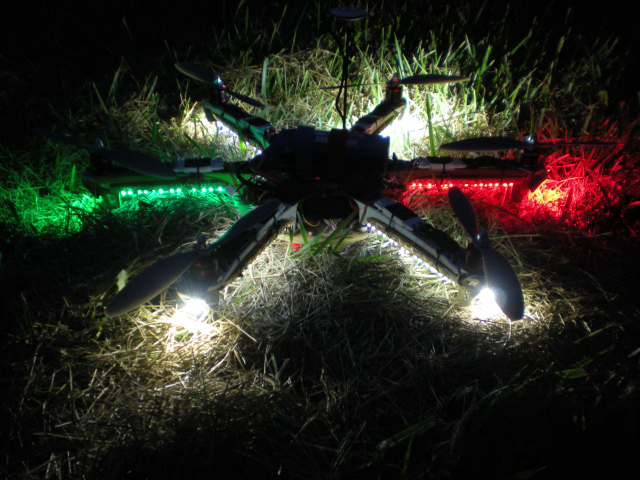 A few years ago, night flying was a rare thing, and the night flying contest at IRCHA was one of the few places where it could be seen. This year I was totally surprised by the number of pilots who brought and skillfully flew these very cool machines. Here is one of them ready for take off: 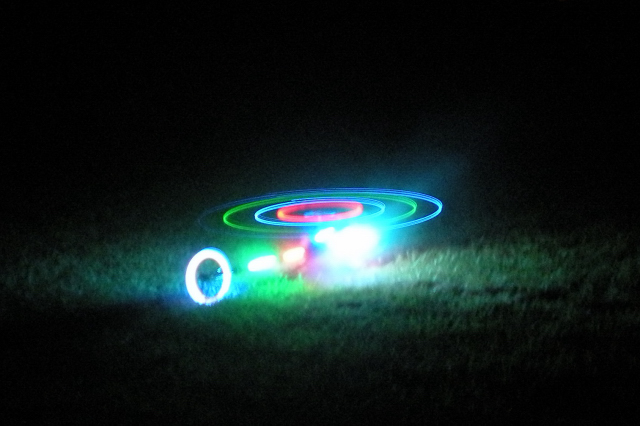 And this brings us to the fireworks finale, with several show pilots flying their lit up helicopters THROUGH the fireworks display. In these last photos, you can spot the helicopters because their flight path does not follow the ballistic path of the fireworks; with my shaky hands and the long exposure, they trace out some neat patterns. Now that you’re trained to spot them, can you find the helicopter in the first image in this post? 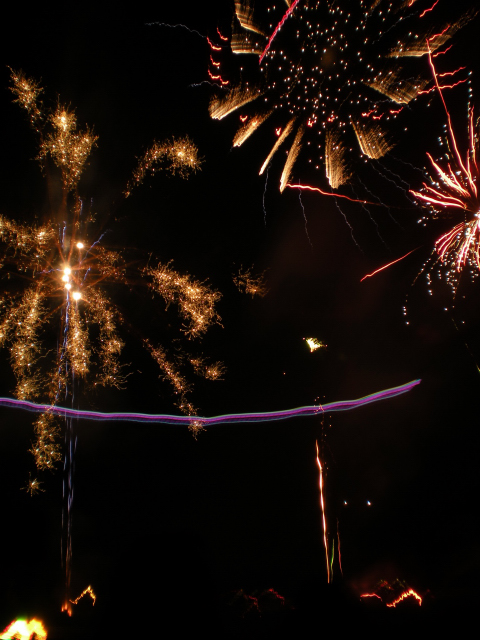 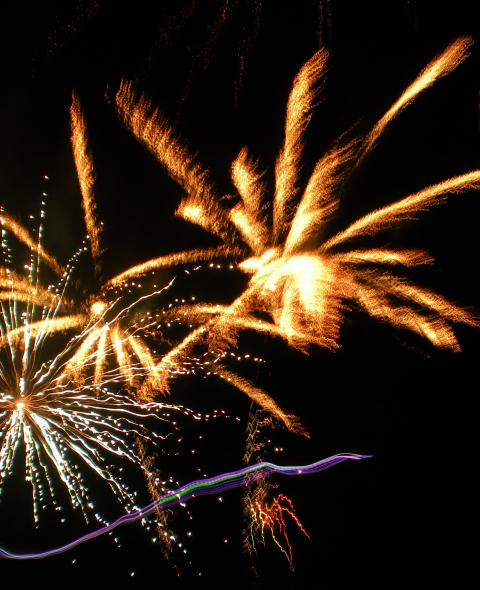