This weekend, I was able to attend the Mid-American Fun Fly, held at Detroit’s Gross Ile Airport, which is on an island in the Detroit River. Last year, I was only able to attend a few hours at the end of the event, but this year, I could attend for two of the three days. We had use of an 8000′ foot runway, so I was able to fly as often as I wished, but I also spent a lot of time watching the pros.

Unless you are a fan of R/C helicopter flying, you won’t know any of the pro pilots who put on some amazing demonstration flights. In my mind, the best of these pilots is Bert Kammerer. I didn’t take any pictures of him flying because I was too mesmerized by the talent. Here is a video of him from 2011, but this weekend he was flying the SAB Goblin and tossing it around like this. Yes, he flys this low to the ground all the time. Before this weekend, I thought some of what you see in the video isn’t possible, especially the fastest, twitchiest moves, which looks like the camera is misses some frames, but I was standing there about 20 feet away, and I’m telling you, he make the this machine do that in real life!

Here is a a couple of pictures of Bobby Watts, who is best known for his night flying skills. . Bobby and Bert collaborated to produce some inexpensive instructional videos at SmackTalkRC.com that I’ve purchased online to help me learn to fly. Here’s Bobby cutting the heads off some flowers: 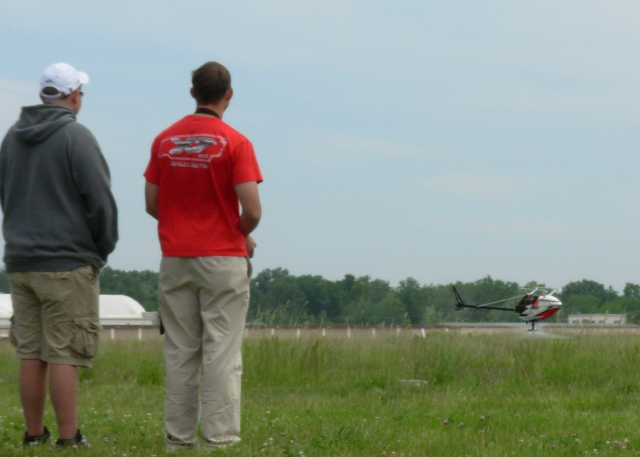 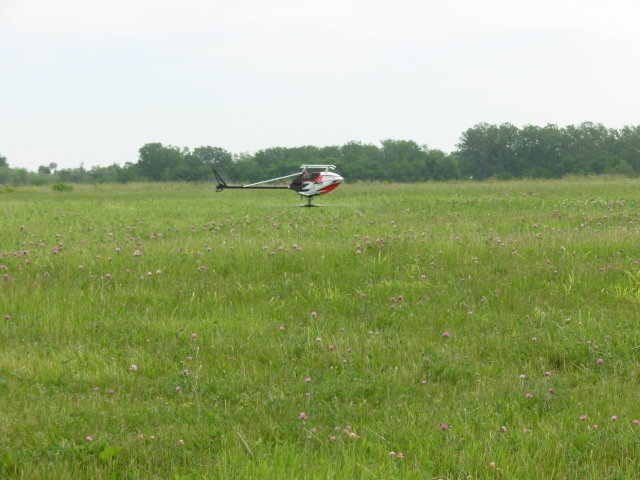 Here’s a friend of mine, Jesse James(yes, that’s his real name) flying inverted as well. Jesse has given me some valuable advice to improve by flying skills, especially explaining the more subtle aspect of helicopter dynamics: 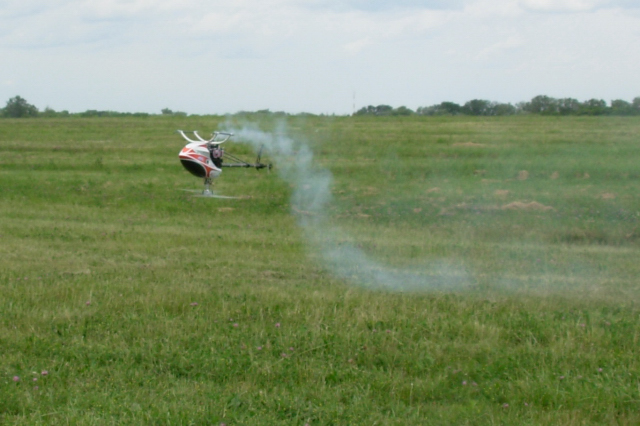 I also met Anthony Avalone, who wrote an article in the April 2012 edition of Model Aviation Magazine that prompted me to convert my helicopter to flybarless. He brought helicopters that are almost identical to mine, except his are the next two and three sizes up. So I had to take a ‘family picture’ of our helis: 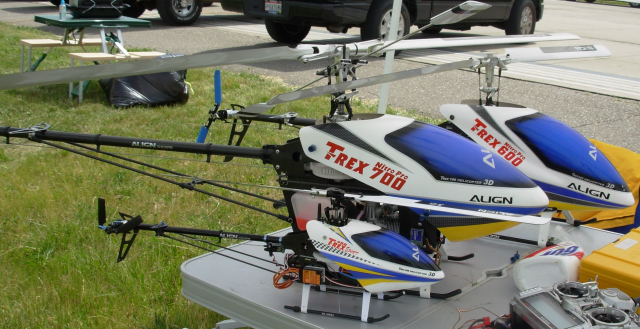 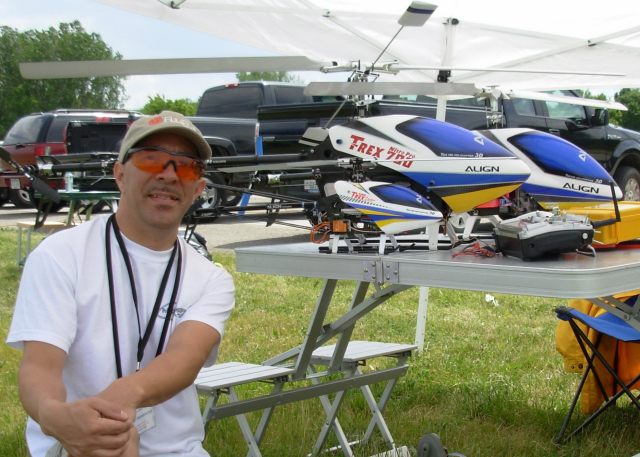